It is now four long months since the 12 Days of the #LBBill Christmas; we know we’ve been silent in that time here (there has been some discussion on twitter and facebook), but we thought blog readers were long overdue an update. Perhaps the most significant development has been the publication of the government consultation Green Paper: No voice unheard, no right ignored. Norman Lamb paid tribute to the #JusticeforLB team when he launched it (that includes you if you’re reading this and supporting the LBBill) and you can see our response here. So, what has happened for the LBBill in 2015 so far?

We have spent time pouring over the feedback that you’ve all provided so far. You can see most of the feedback here, and there has been some sent by email. This has been absolutely critical to the process, we are insistent that the LBBill will represent what you tell us you would like, as far as we can bring all of that together. This is a crowdsourced bill, so your input really does matter. 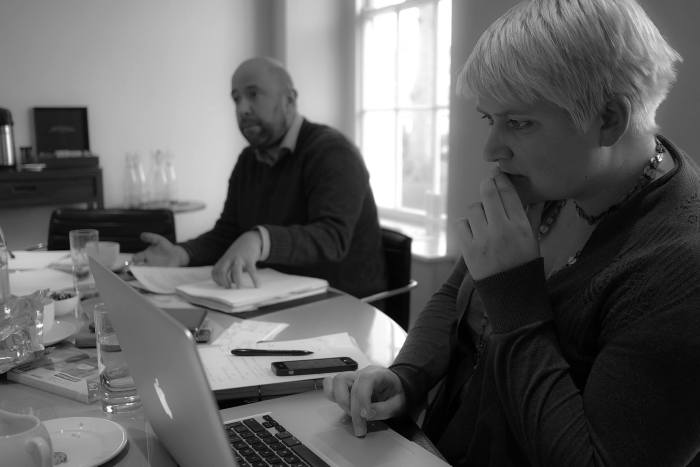 Last month we held a meeting in London (with some joining by phone remotely) to bring together a group of interested people who had given us feedback. This group was made up of representatives from Disabled People’s Organisations, User-Led Organisations, Charities, Providers, Parents and Carers. We included as many people as the room would fit and we tried to make the group as diverse as possible. The meeting included people who had organised events to gather feedback on the first draft of the Bill, and we discussed that feedback to inform a second draft.

3) Discussion on- and offline

One of the joys of being involved with the LBBill is the enthusiasm for it, on and offline. So far this year people have spoken about the Bill at a number of events, conferences, discussions and workshops. These occasions have ranged from a self-advocate conference in Blackpool with karaoke, to online discussions in the early hours of the morning, to an All Party Parliamentary Group meeting in the House of Commons; every opportunity to discuss the Bill is important, we need more people to consider what a good, messy life for disabled people looks like.

Following these meetings and events, the discussion and feedback was considered further and a Draft 2 was written. This draft should be available to share at the end of this month (April). We were ambitious and had initially hoped we could turn it around by the end of March but we are determined not to share a draft unless it is fully accessible, so we are taking a little longer to get the easy-read version right. Keep your eyes peeled but we should share something later this month.

We are truly delighted to share with you this film which has been produced since Christmas. Filmed, edited and produced voluntarily by the awesome Luke Tchalenko, using footage from the November meeting, we hope that you find it useful and we’d like to see it shared far and wide:

So, even though we have been quiet on the blog, we hope you agree we’ve been busy and that we are making progress. The next stage in the process is for us to share Draft 2 (by the end of this month) and then to gather more feedback from you all.

There are also a number of occasions coming up where you can join a discussion about the LBBill. These include the Inclusion North event on National Politics and the LBBill which is taking place in Leeds on 28 April (please email Marie if you wish to attend) and the NWTDT | Pathways Associates CIC Green Paper consultation event in Preston on 12 May (please email Danielle if you wish to attend).

A new parliament will be formed in early May and we will then look to see what we can arrange around lobbying MPs, in the meantime if parliamentary candidates come knocking at your door, be sure to ask them what their policy is on supporting disabled people, and please do tell them about the LBBill.

Last week Mike from Bristol Disability Equality Forum got in touch. He had some questions that had been put together by the Forum, family members and their allies about the proposed LB Bill.

We’re delighted that Forum members agreed we can post their questions and our answers here. We think they may be useful to other people to. Please add your questions too and we will try and answer them.

We would like to make some ‘big points’ at the beginning:

Our responses to your specific questions are below in italics:

1 It is excellent that People First and CHANGE are involved. Are there other Disabled people led organisations taking part?

We would like as many disabled people and/or user-led organisations as possible to get involved, and many already are. People First England and Change have supported #LBBill in the initial stages by producing the easy-read summary, because they offered to do so having been involved in #107days. We are an ‘open source’ campaign – we welcome any organisation getting in touch and deciding how they want to work with the campaign and promote / influence #LBBill. For example, People First England chose to take information about Justice for LB to the party conferences and talk about #LBBill to people they met there. They did this themselves – and we would fully support any other disabled people led organisations doing similar things. Please spread the word!

2 Are you approaching other campaigning / lobbying organisations or groups etc?

We aren’t formally approaching anyone. All the information about #LBBill and the wider Justice for LB campaign is freely available online – in relation to the Bill, all the key information is on this blog. We use Twitter (@JusticeforLB) and Facebook to spread the word. We recognise that social media is not accessible to many disabled people and we would love to work with anyone interested in putting on accessible events or making information more accessible. This is how the Easy Read document we have just launched got produced – I put a call out on Twitter, lots of individuals and organisations got responded and People First England and CHANGE ended up taking the lead with funding from the Housing and Support Alliance.

3 Have you been in touch with the UN’s CRPD committee, IDA (International Disability Alliance) or the European Network on Independent Living (ENIL)

In short, no. We would love to speak to anyone who is interested in the ideas behind the Bill.

4 How will you be spreading the word about the LB Bill, aside from using the internet?

We are hoping to secure mainstream media interest and are in preliminary discussions with a small number of journalists. However it is really down to all the individuals and organisations who support the ideas behind the Bill to spread the word through their own groups and networks. We are particularly keen for local press or media coverage and local discussions amongst disabled people and their allies, including family members, parents and carers. Please let us know if you need any additional information from us to get those conversations started.

a) Bring the UNCRPD fully into UK law?
b) Or, bring specific Articles of UNCRPD into UK law? For example Article 19.
c) Or, introduce or update existing laws to be in-line with the UNCRPD.

At the moment, a combination of b) and c). As said above, the aim of #LBBill is to make it harder for the state to force disabled people into residential care against their wishes. All the current draft clauses go to this aim. One of them seeks to reflect part of Article 19 CRPD, by imposing a duty on public bodies to secure a sufficient supply of community support. Another seeks to make disabled people’s wishes and feelings the starting point in any best interests decision, in line with Article 12 CRPD. If there is anything in the first draft of the Bill which is inconsistent with the CRPD then it should come out – we hope there isn’t. However – key point – the entire content of the Bill is up for discussion. That is the point of having several months between publishing a first draft, which really is just to help debate, and the time when we will need something close to a final draft Bill to lobby MPs and prospective MPs, which is early 2015.

6 Does the LB Bill aim to replace or update the relevant parts of the Mental Capacity Act (MCA), Mental Health Act and the concept of ‘best interests’ to be inline with the UNCRPD.

For example the wishes of a Disabled person and their families should always be considered in local authority and health trust decision making.

Yes – this is one of the current draft clauses. In fact the draft clause goes further – as set out above, it would make the disabled persons’ wishes and feelings the starting point for any best interests decision, as well as requiring family consultation. This reflects the recommendations from the Essex Autonomy Project, which has looked at how to make the MCA CRDP-compliant. In terms of the MHA, the first draft of #LBBill has a clause which would take people with learning disabilities and autism out of the scope of the MHA entirely, unless they have a secondary mental health problem. This will be very controversial and will need a lot of discussion and debate.

7 What would the LB Bill mean in relation to the Autism Act 2009, Children’s & Families Act 2014 and Care Act 2014. Some of us have very serious concerns about parts of these, leaving to much room for ‘interpretation’ by authorities and service providers.

Couldn’t agree more in relation to the problem with regulations and guidance which leave gaps for interpretation. Steve has blogged about the problems with the Autism Act here. The plan for #LBBill would be to put as much as possible into the primary legislation – in fact at the moment the draft Bill doesn’t mention regulations or guidance at all, but we may need this later to deal with points of detail. Again, this is all up for discussion. We also need to look carefully at the Care Act 2014, which of course is not yet in force and doesn’t yet have final regulations or guidance. There are important points of crossover, not least advocacy.

8 Has there been discussion of specific legislation, regulations or guidance around additional funding?

There has been lots of discussion about how the changes we think would help will fit with existing law. In terms of additional funding – our plan is to present a Bill which is ‘resource neutral’ – this stops the government arguing that it shouldn’t be introduced through the Private Members Bill route and takes away a major argument against what we are proposing. Of course the system needs additional funding – but we feel strongly that lots of money is tied up in institutional care which should be released to fund community support.

We hope this is a helpful first response. If you have any follow up questions please do let us know. Please also let us know if you think there are places we can talk about #LBBill, more materials we should produce or anything else we can do to make the idea more